I know, I know! It’s been a few weeks. What can I say? I was enjoying the spring weather, taking a quick trip to Orlando, and celebrating a lot of birthdays!

From about the end of March through the beginning of July there are A LOT of birthdays in my world. Friends and family. Kids and adults. I did a little baking for the occasions. Including these cupcakes for the April birthday of my Uncle.

Just to illustrate the concentration of birthdays we have celebrated in just the past week, let me share a few pictures of me and the birthday boys.

Starting off on the 1st of June, this is on of my oldest and dearest friends, John. Tim and I made a quick weekend trip to Orlando to surprise him for a BIG birthday. 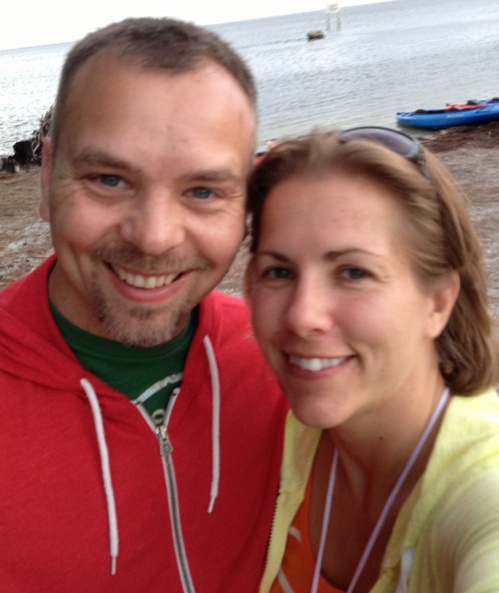 Two days after we got back from Orlando we celebrated my very own birthday boy’s birthday. This picture was taken just as we were about to go on a night Bioluminescent Kayak Tour while we were in FL. I highly recommend it if you are ever in the Titusville area.

The day after Tim’s birthday was my grandpa’s birthday. He’s 88 and going strong. We had a little surprise bday party for him over the weekend.

Last but not least was my Dad’s birthday. I won’t tell you how old he is but he does not look his age. In a good way.

Needless to say I have made/eaten a lot of birthday treats in the past week. Cream puffs, strawberry shortcake, chocolate macaroons, hummingbird cake, etc, etc, etc. I need some exercise. And a salad. 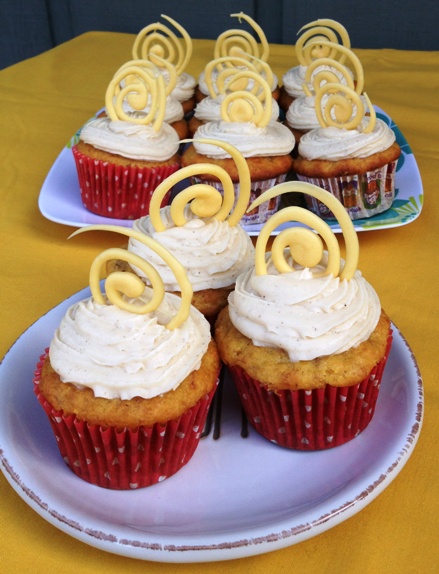 So these cupcakes I made in April are nothing fancy. The cake is a doctored mix. Don’t get me wrong, they’re delicious, but the icing is what you really want. It’s lick-the-bowl-clean delicious. 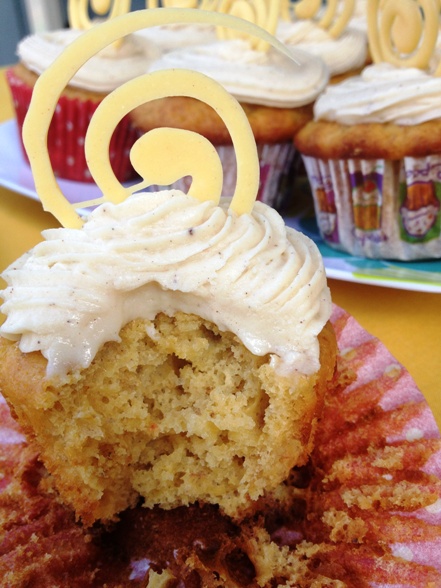 You will need to brown your butter and let it cool back to a solid at room temperature before you can make the icing. I made my brown butter the day before. If you don’t know how to brown butter or have never done it before I suggest reading this blog article over at How Sweet Eats. Super cute blog.

I made the little yellow swirls on top of the cupcakes by melting a little yellow candy coating and piping it into swirls on some wax paper. After they cool and set you can pop them off the wax paper and they make very cute cupcake toppers.

Ok, I’m off to eat some vegetables now!

Mix everything together for several minutes until combined. Divide batter into 24 lined muffin cups. Bake at 350 degrees for 20-25 minutes. Allow to cool completely before frosting. (You could also make 12 large cupcakes instead of the 24 regular sized ones.)

Brown the butter, pour into a heat safe bowl and allow to cool several hours until it’s solid again. Scoop the butter into a mixing bowl, leaving most of the dark brown bits in the bottom of the bowl. Whip the butter on high speed until light and fluffy.

Add the vanilla and salt. Start adding the powdered sugar a little at a time. Add the milk a little at a time until the buttercream is the desired consistency. Use a spatula or an icing bag to top the cooled cupcakes with a little of the icing. I, shockingly, had a little icing left over and I stored it in the freezer. I tend to hoard little bits of leftover icing in my freezer. You never know when you will need it! 🙂